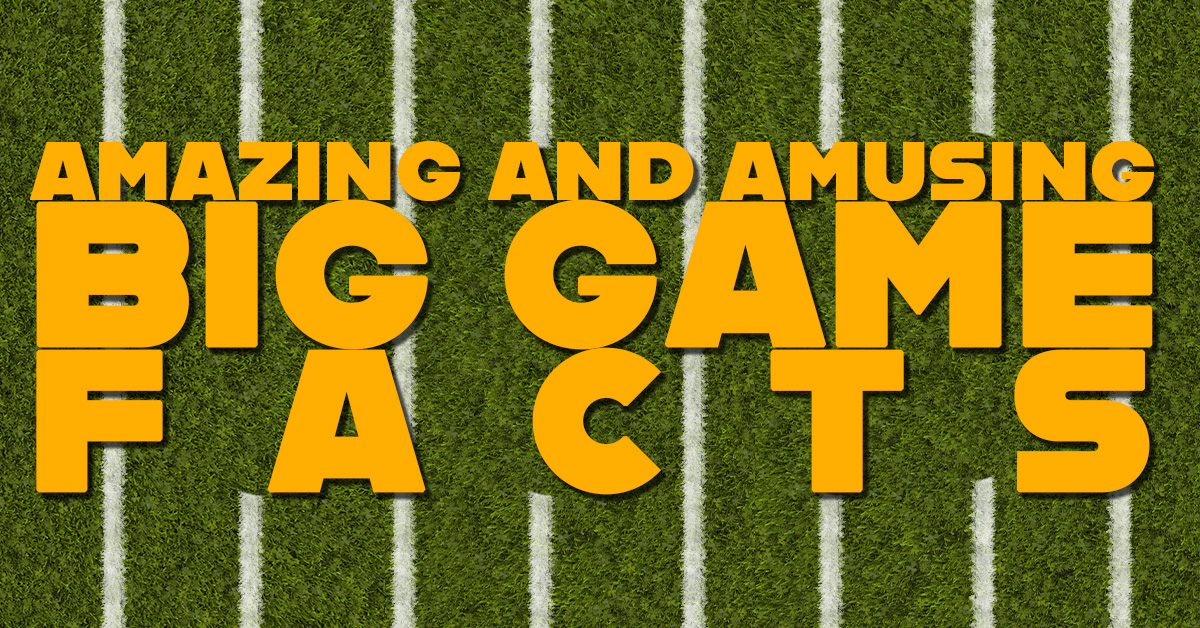 Do you think you know about football? How about the Big Game? Here are some interesting tidbits about the big game you may not be aware of.

Roman Numerals Were Not Used Until the Fifth Big Game

Technically, there was never a Big Game I, II, III, or IV. Roman numerals weren’t used to identify the Big Game until Big Game V. The others had Roman numerals added retroactively.

Each Big Game winning team is allotted 150 rings to give to its players, coaches, front office personnel, and even injured or traded players. This means there are a LOT of people with Big Game rings who have never played in the game.

Tickets to Big Game I Were Cheap

Tickets between the Green Bay Packers and Kansas City Chiefs in Big Game I averaged $12. Even adjusted for inflation, that would still make them a bargain today at $87. At the time, however, people viewed the tickets as an expensive rip-off.

Only Four Teams Have Never Been to the Big Game

The Cleveland Browns, Detroit Lions, Jacksonville Jaguars, and the Houston Texans have all never made it to the Big Game.

The Game Was Named After a Toy

Lamar Hunt, owner of the Kansas City Chiefs, is credited with naming the big game after a simple, popular toy at the time. The toy was a high-bouncing rubber ball called the Super Ball.

The Highs and Lows of Big Game Scores

The most combined points scored in a Big Game was in 1993 for Big Game XXVII. The Cowboys defeated the Bills 52-17 for a total of 69 points.

The lowest scoring Big Game was Big Game LII, when the Patriots defeated the Rams 13-3 for a total of 16 points.

No team, by the way, has ever been shut out in a Big Game.

Are you overpaying for your auto, home, life, or business insurance? How would you know unless you compared? Contact one of our independent insurance agents for a no-obligation review and price quote today!