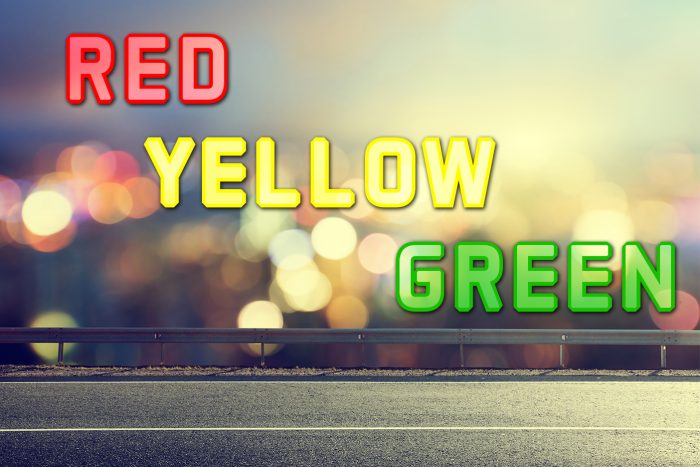 Do you ever think about why things are the way they are?

Out of pure curiosity, what questions are you dying to know the answer to? Like, why is the sky blue? Why do bad things happen to good people? Why do our children have to be out of school in the summertime?

For me, I started pondering the meaning of the colors on traffic lights. How did we come up with red, yellow, and green to represent stop, slow, go?

Before there were traffic lights for cars, there were lights for trains. The earliest stop lights were gas-powered. The dangers of a gas-powered stoplight increase in the event of a leak. Trains needed indications to know whether to stop or not when the tracks intersected.

Red has always been a color that indicates danger. Even dating back to the 1830s, red meant “stop.” However, the original stop lights had a white light to indicate “go.” As you can imagine, the white lights became a problem. It was for train conductors to tell the difference between the white traffic light, and the stars in the night sky from a distance.

Furthermore, according to todayifoundout.com, a tragic incident occurred in 1914 that resulted in a collision between two trains. The “red” cover on the traffic light fell off, exposing the white light beneath. The train conductor took the white as meaning “go.” Following the incident, green was chosen to represent go, yellow for caution, and red remained the signal to stop.

Red means stop for more reasons than one. Not only does red indicate danger, but the color red also has the longest wavelength. For this reason, the color red can be seen from the longest distance. The wavelength of yellow is just shorter than that of red, and it is also easy to see from a far distance. This is why yellow was chosen to represent “yield.”

At one point in history, yellow meant “stop.” Yellow was used for stop signs before highly reflective material was developed to make the signs easier to see.

Did you know? In Japan, BLUE means go! Interestingly enough, centuries ago, the Japanese language only had words for four colors: blue, red, black, and white. Back then, to describe something green, you’d call it the Japanese word for blue. Japan uses the bluest shade of green for their traffic signals.

Stop Lights were designed specifically for our safety. Keep this in mind next time you are sitting at a red light. It is for your own utmost safety that traffic is regulated using these colored lights. This is just a reminder to please be safe at all intersections!